After being a member for five years of the Arts and Crafts Centre of the Valencian Community, this year (2016) I presented my aerolas to the Valencian Community Crafts 2016 Awards. These awards have existed for three years but I never had the time to prepare for them, as I was taking care of my children. I presented my aerolas for two categories: Artisan Woman and Artisan Sustainable Product. And I am excited to say that I was awarded the 1st prize for Artisan Sustainable Product and a 2nd prize for Artisan Woman. Mixed emotions came out when I received the prizes: I laughed and cried at the same time.

It is a recognition that gives me the strength to continue as my hard work is appreciated and valued. 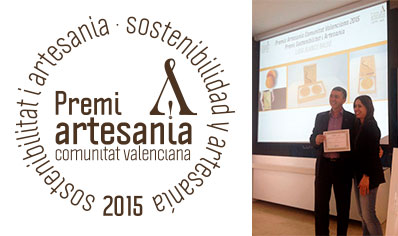